Scientists have long theorized that epilepsy and depression share some sort of connection.  In fact, as early as 400 B.C.,  the “father of medicine,” Hippocrates, wrote that, “Melacholics ordinarily become epileptics, and epileptics, melancholics:  what determines the preference is the direction the malady takes; if it bears upon the body, epilepsy, if upon the intelligence, melancholy.”

Now, Rutgers, New Brunswick and Columbia University researchers have found evidence suggesting that this theory may be correct.  They believe that epilepsy and mood disorders like depression may share a common genetic link.

Epilepsy is a chronic neurological disorder in which there can be unprovoked, sudden rushes in brain electrical activity called seizures.  During seizures, the person may experience uncontrollable spasms and muscle twitches, become confused or lose consciousness.  Depression is a mood disorder which causes persistent feelings of sadness and a loss of interest in things once enjoyed.  It is believed to be caused by imbalances in certain brain chemicals responsible for mood regulation called neurotransmitters.

To investigate the possible link between epilepsy and depression, the researchers studied dozens of unusual families who had multiple family members with epilepsy.  They compared the members of these families with the general population to see if they were more likely to have depression than the norm.

What they found was that people suffering from a type of epilepsy called focal epilepsy tended to suffer from depression more often than would be expected.  However, those who had generalized epilepsy were not more likely to have depression.

There are two main types of seizures:  generalized seizures, which affect the entire brain; and focal, which affect just one area of the brain.

At the present time, scientists have already identified several genes which are responsible for epilepsy, says Gary A. Heiman, the lead author of the study.  He believes that more studies need to be conducted into how focal epilepsy and depression are genetically linked.

Learning more about the link between epilepsy and depression is important, he says, because both disorders have a great impact on a person’s quality of life as well as healthcare costs.  In addition, depression increases a person’s risk for suicide.  And, people who suffer from both conditions concurrently tend to have worse seizure outcomes.

Heiman notes that, while more research is needed to confirm a genetic link, it would be a good idea for doctors to begin screening people with focal epilepsy for depression.  It is believed that depression in people with epilepsy is being underdiagnosed and undertreated.  Identifying and treating these people would greatly improve their quality of life.

The study was published online January 10, 2018 in the journal Epilepsia. 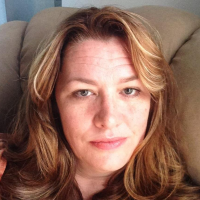